Our sweet boy has already been with us for half a year! It’s flown by, even though we’ve had many slow and lazy days just cuddling on the couch!

Liam is starting to pull up on things and can stand for about 2 seconds unassisted. He’d rather be standing than sitting and sometimes makes it impossible to sit him down.

He is still such a happy boy and loves meeting new friends/family, playing with his dogs, and cuddling up with mama and daddy.

But in keeping it real, he’s not always happy as photos may lead you to believe. His first trip to the grocery store was a disaster. 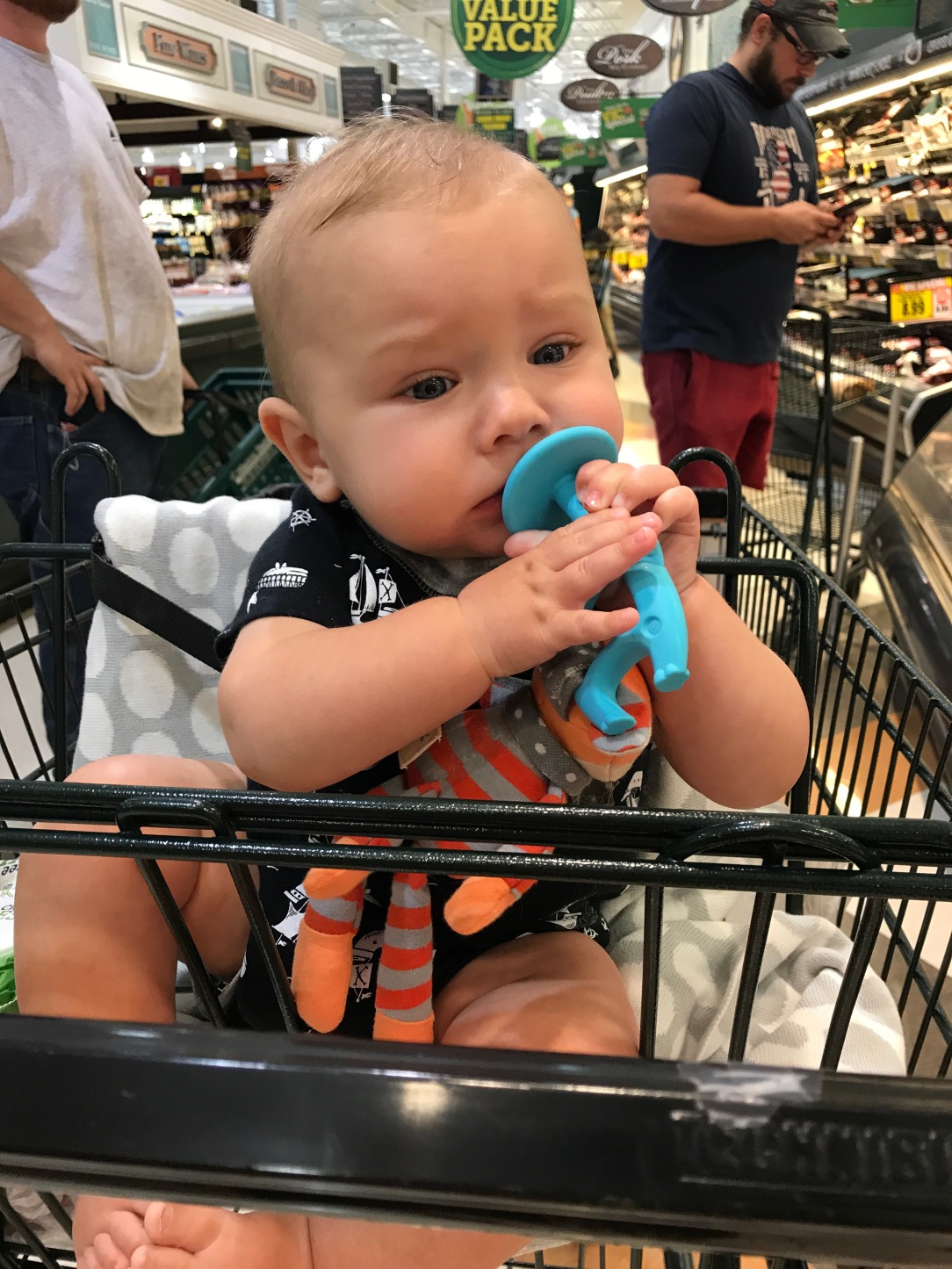 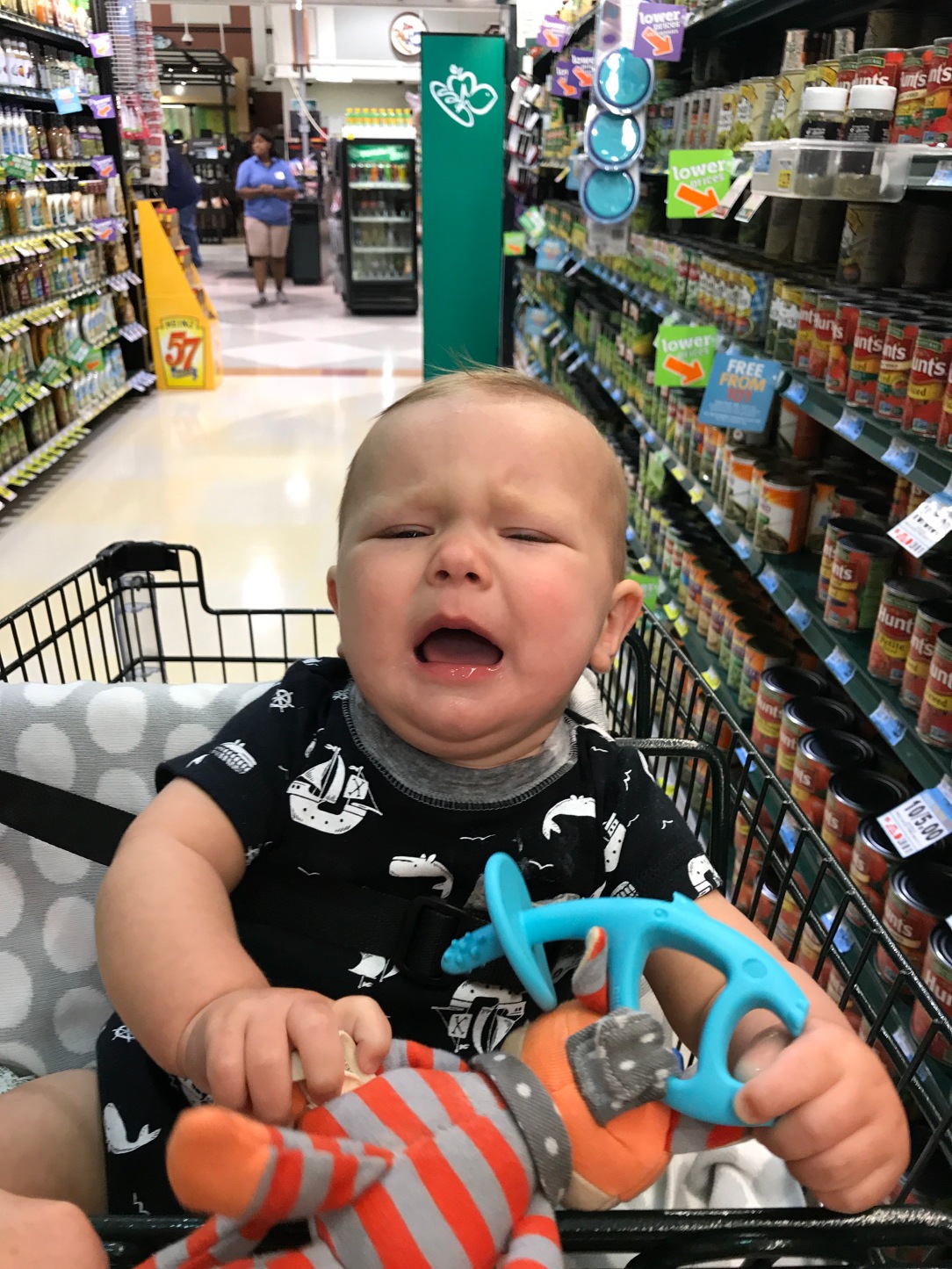 Teething has not been fun for him but he decided he would nurse thru it so lucky for me, I’ve gotten to spend tons of extra time (and hours in the night) with this babe. Now that they’ve popped thru, we’re hoping the worst of it is over!

He is doing so well with eating and his pincer grasp is incredible. He is a very determined little fella and will reach for/grab anything. He loves to try and steal my water bottle and take a sip (which results in dumping water on him if the lid isn’t closed).

He thinks pretty much anything is funny but especially snorting, oinking, telling Tucker to “sit”, paper towels, his fox “getting” him, his book Toot, mama saying “ewww Liam” when he toots, when the tickle monster visits and when daddy plays peek-a-boo with him.

He got his mama’s knack for being able to fall asleep anywhere but his favorite place is on the couch in my arms. It’s also my favorite place.

He’s doing well with his music classes. As well as you’d expect for a 6 month old. He mostly chews on the maracas, bells, tambourines… but will occasionally hit the drums! 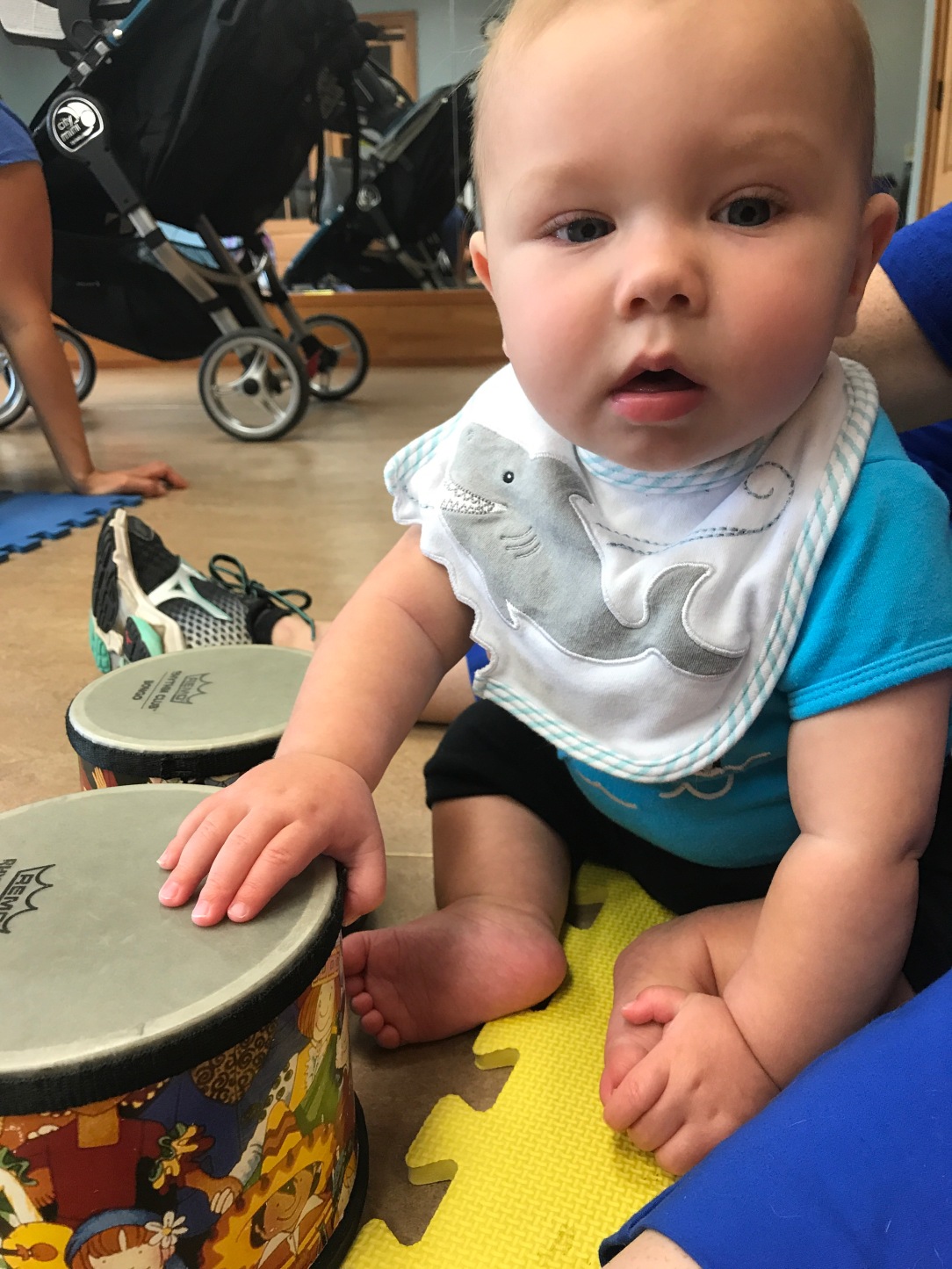 He was in the 62nd percentile for weight at his 6 month visit and 85th for height, though at 18.4 lbs we felt like he was MUCH bigger!

I hope he always loves dogs, sleeping in and cuddling as much as he does today. 💗 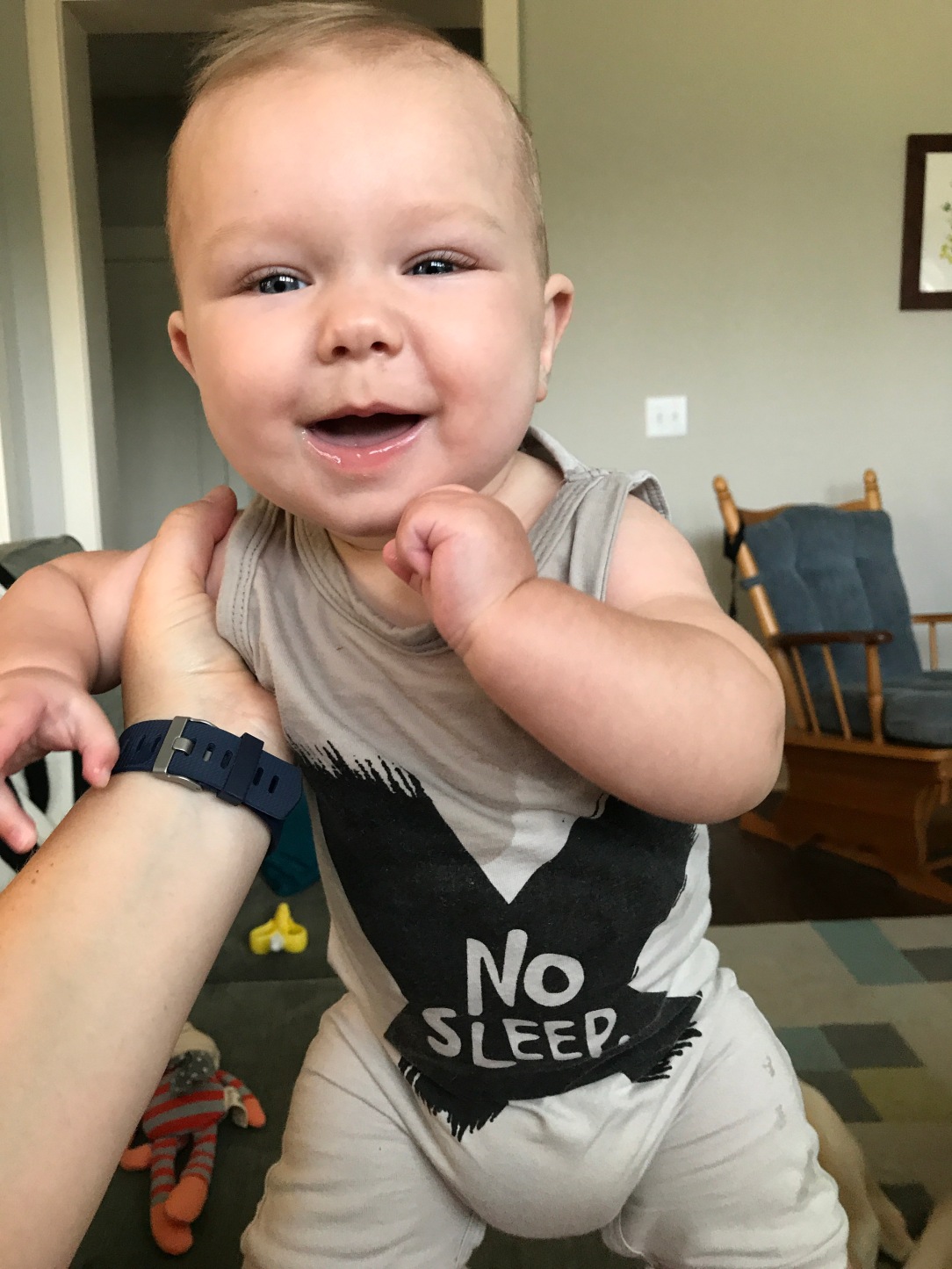 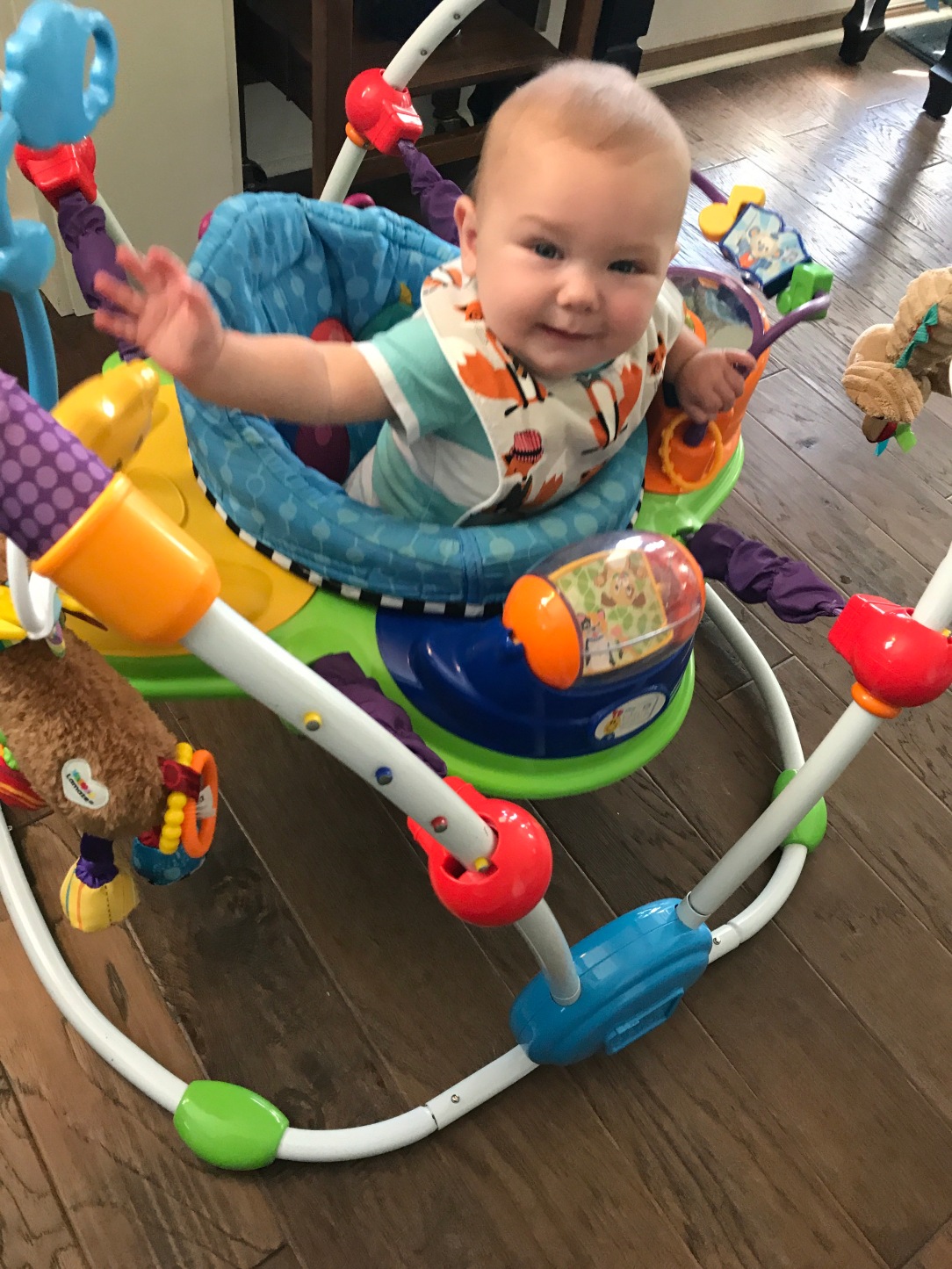 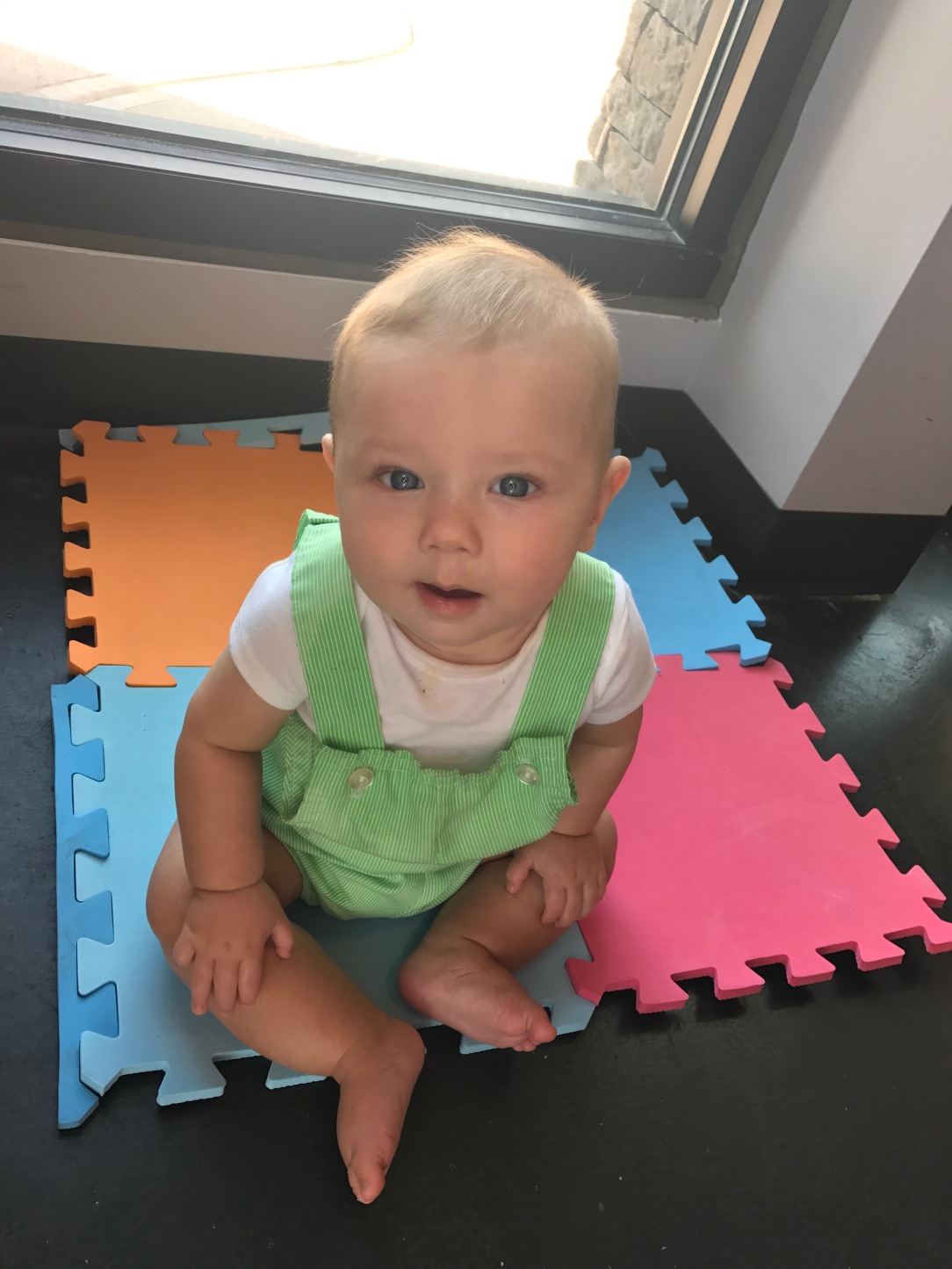 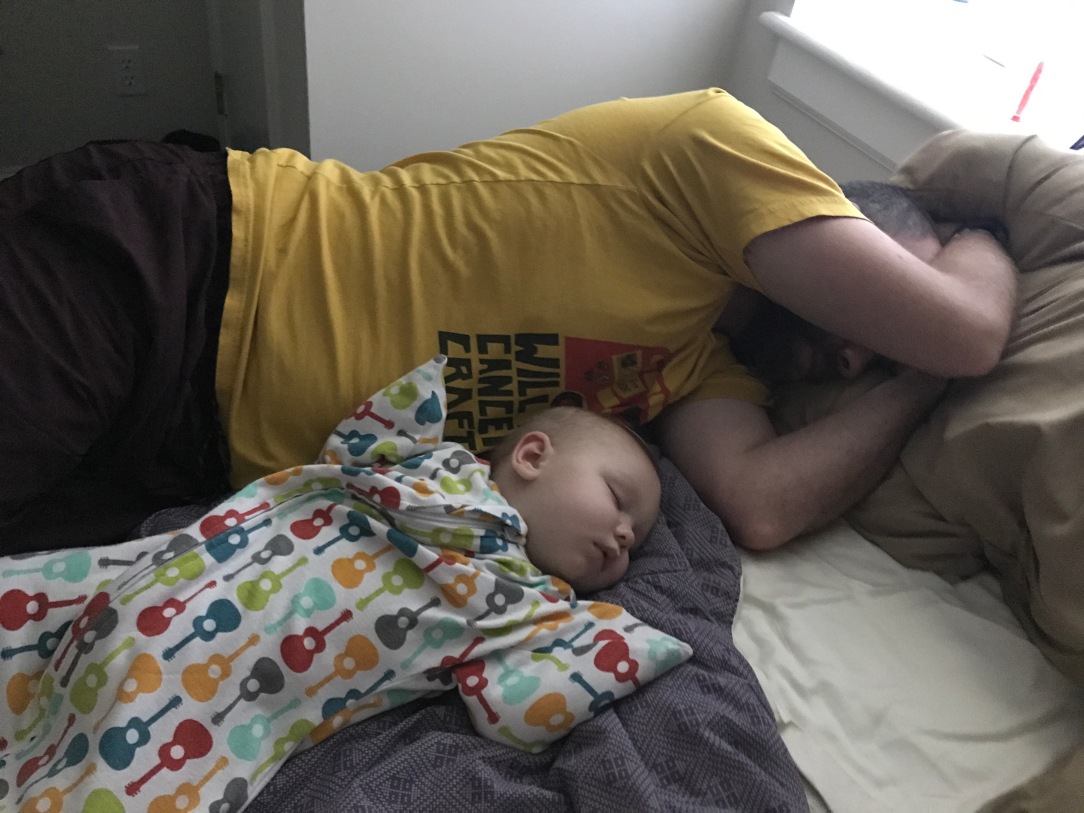