First flight, urgent care and the statue of liberty

We are home after 10 days in Ireland (and 3 in NYC). It was one hell of a trip, full of beauty and challenges. Here’s a recap of the New York part of our trip with more posts to follow on Ireland, packing and lessons learned.

We started our adventure in NYC for a family wedding and were fortunate to have both of our parents there for help with L. We realized in Ireland just how much we rely on our parents (and daycare, ha!).

The flight to NYC was great. Liam LOVED the plane and had no issues with his ears. American Airlines gave him the most adorable flight log book to keep track of his future flights and the captains signed it. Definitely a special keepsake! The Uber from the airport was $76!!! It felt outrageous, but I’d still rather someone else drive me around New York than have to do it myself. We rented a 3 bedroom Air BNB in the Red Hook neighborhood in Brooklyn which was super convenient to restaurants, coffee shops and a stellar view of the Statue of Liberty. 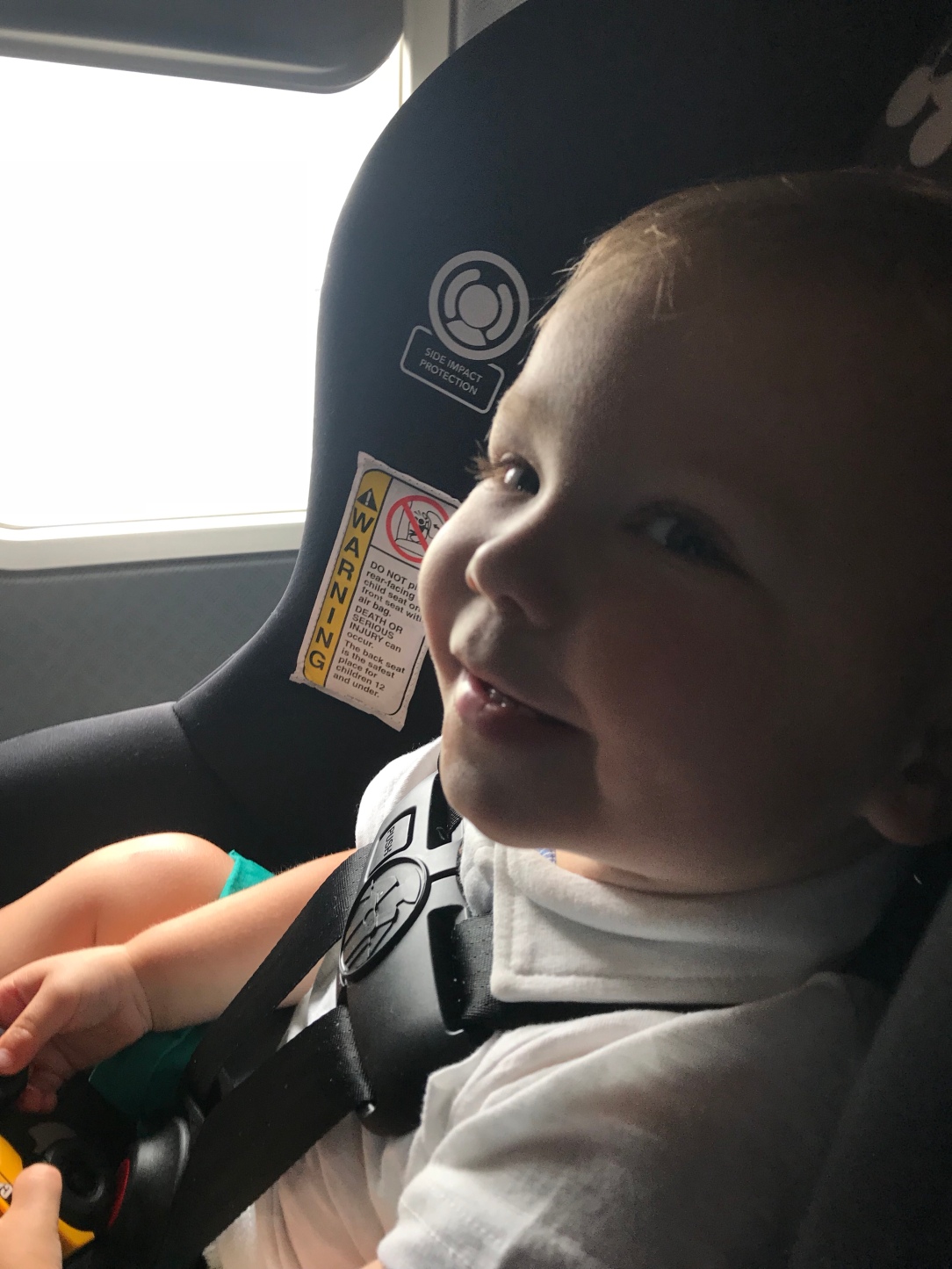 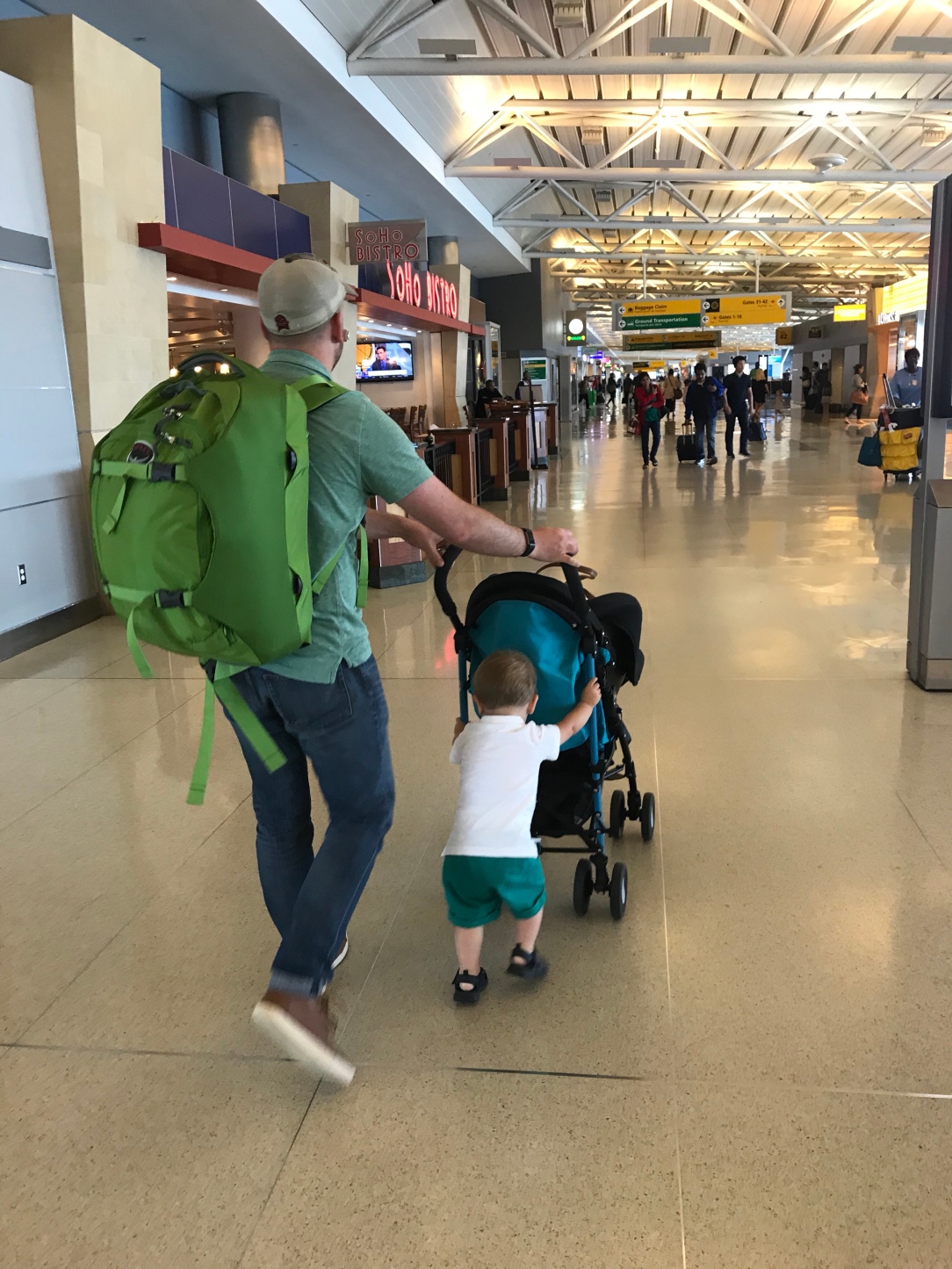 And if you’re wondering why Liam is no longer in his adorable airplane longall after the flight, it’s because he had a massive blow out as we were sitting on the tarmac waiting to take off. He looked at me and said “poop” expecting us to go change him, but of course we had to wait until we were in the air and cruising first. He just kept saying “poop” and tapping his diaper. Landon got the luck of changing him and had a blast in the tiny bathroom. Thankfully my friend Cassie had told me a long time ago to take another outfit because you never know. 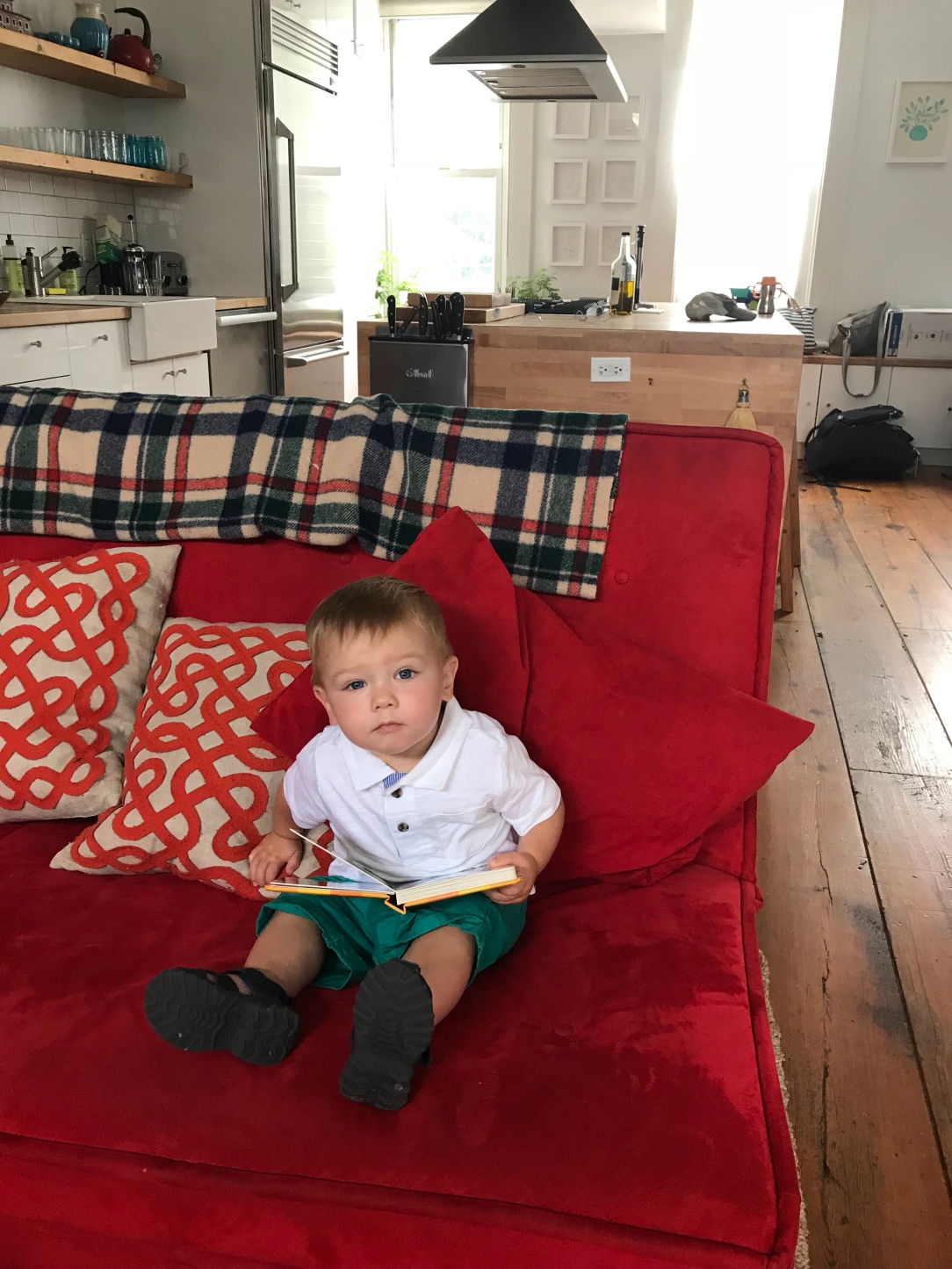 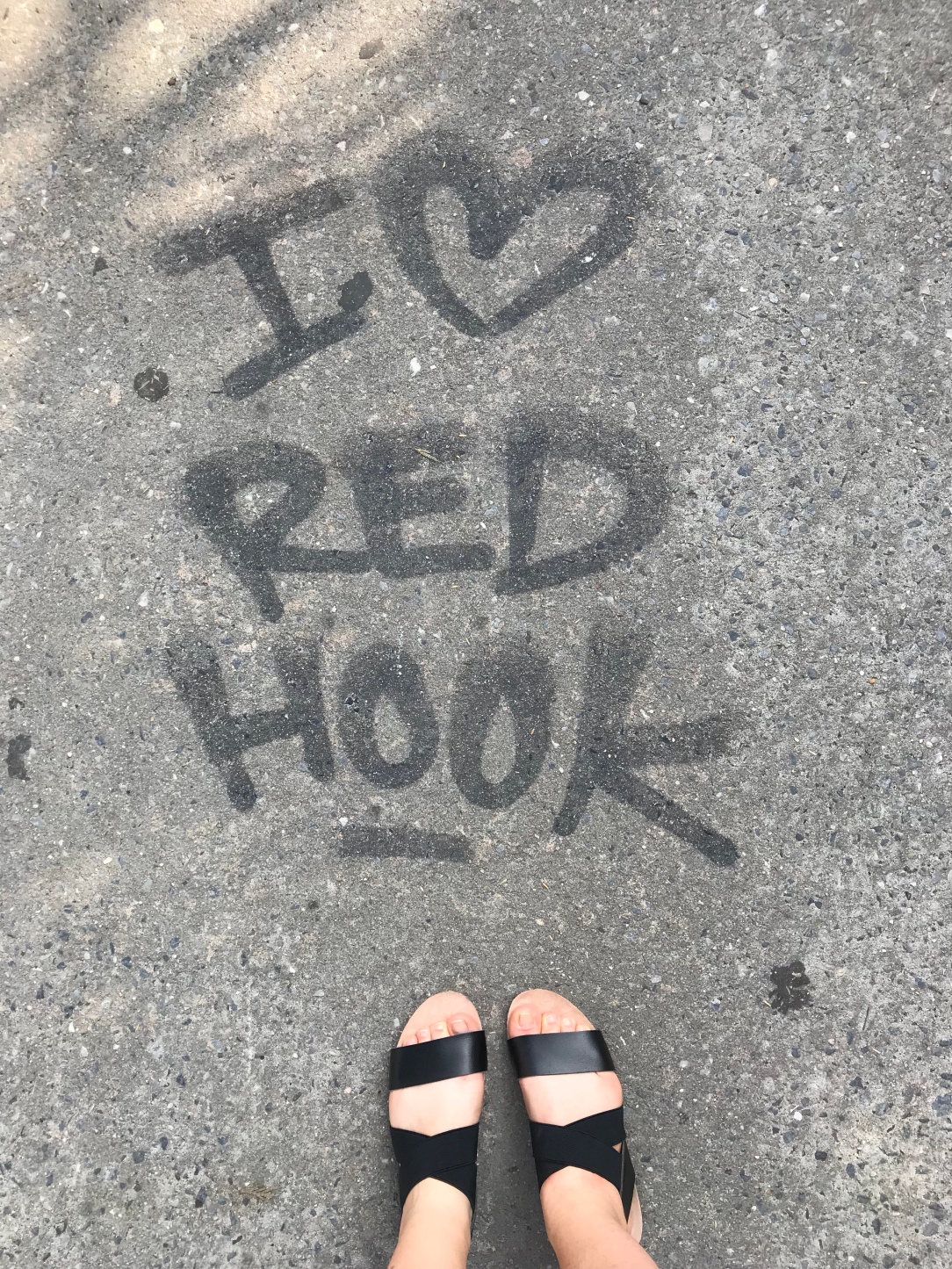 We got in on Friday around lunch time and decided to eat at the airport to prevent having a hangry toddler on our ride to the Air BNB. He ended up napping during the ride which was perfect. Friday evening, we went out to dinner with my mom at Red Hook Lobster Pound which had the most amazing lobster mac n’ cheese and Brussels sprouts. Landon’s parents stayed back with Liam and ordered in through Grub Hub.

We had planned a day of sight-seeing before the wedding but Liam woke up around 1 AM on Saturday morning by throwing up and having a fever. We had forgotten our thermometer so we don’t know how high it actually was but he was very hot and clearly not feeling well. We pulled him into bed with us and snuggled until the morning came. He was still feeling hot even after Motrin and Tylenol and then we discovered a bug bite on his leg that was slightly bigger than a quarter, hard and hot to the touch. I got worried it might be a spider bite and that’s also where the fever/vomiting were coming from, so we called our doctor’s office back home for advice. They suggested urgent care to have him seen especially since we’d be heading off to Ireland the following day. 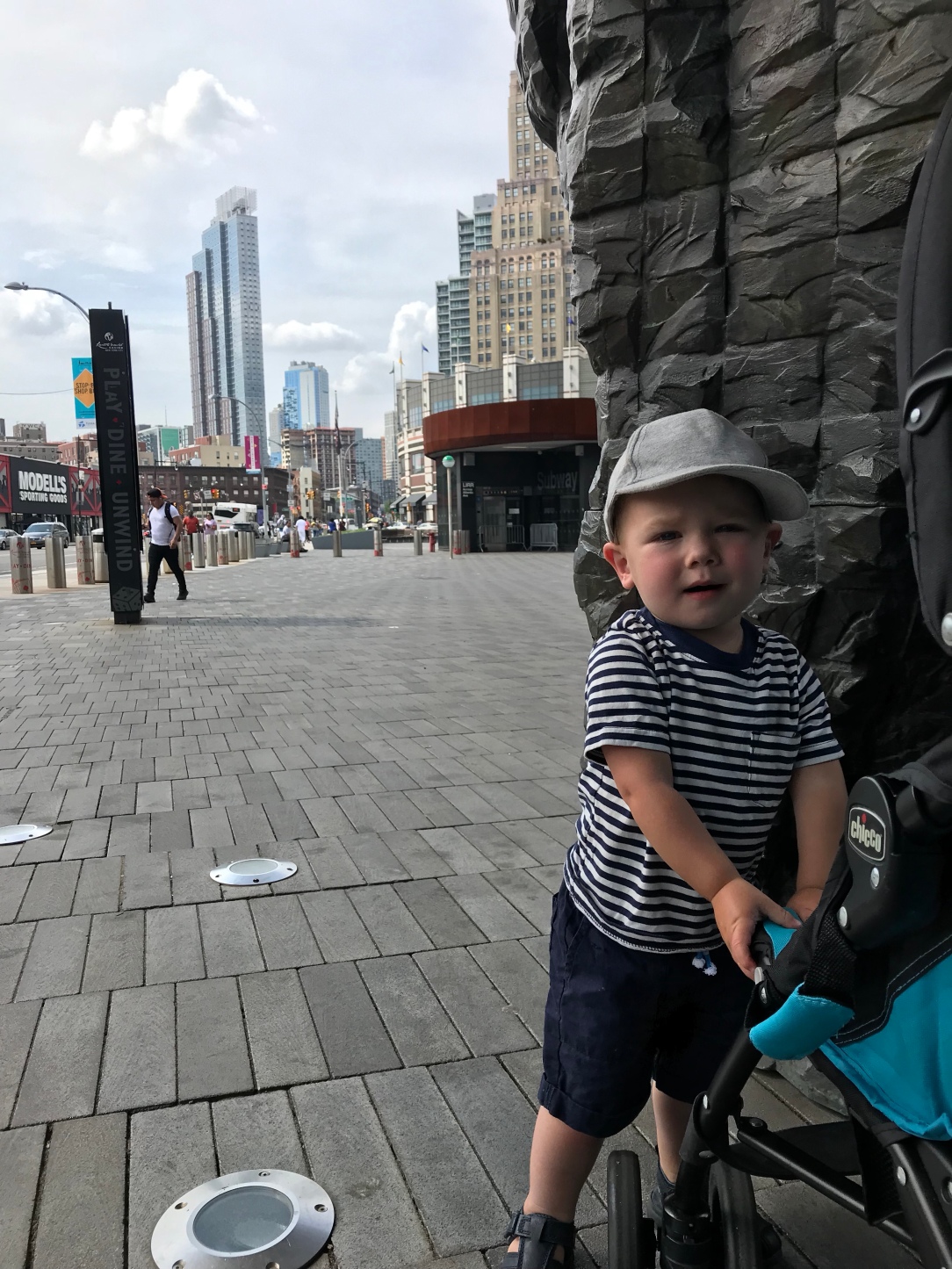 The urgent care was quick, clean and super helpful. The doctor said it most likely wasn’t a spider bite (but hard to confirm unless you catch the spider as it happens) and chalked his vomiting and fever up to just a virus. His temperature was still 101 at that point. He did give us some eye drops just in case Liam’s pink eye came back since one of his eyes was looking a little goopy (luckily we didn’t end up needing these!). We filled the prescription and grabbed a thermometer and some more motrin while out and about. Liam fell asleep in his stroller so we decided to explore and ended up walking something like 3 miles, ending up near the Barclays Center. We also had lunch at The Douglas Public House where Landon proclaimed he had the best chicken Caesar wrap of his life.

It was tough getting ready for the wedding that evening and seeing Liam so miserable as we prepared to leave him. We knew he’d be in good hands with my mom but he was being very clingy to me and still wasn’t feeling well. We checked in throughout the wedding for updates and he was in and out of sleep but only wanted to be held. We came home from the wedding to find them like this:

He was acting fine on Sunday morning and we discovered he had FOUR new teeth coming in which may have been why he got sick and had a fever. We knew this could potentially impact the rest of our trip so we started strategically giving him his medicine to deal with the pain, broke out a teether that we could freeze for him to chew on and grabbed a couple purees in case he decided he couldn’t eat solid foods. And with that, we took one more walk around Brooklyn, grabbed breakfast and coffee around the corner and everyone headed off in their separate directions: Landon’s parents hopped on a cruise to Bermuda, my mom headed back to Charlotte to see her other grandkids, and we headed to the airport for a 6 hour flight to Ireland with a 16 month old. 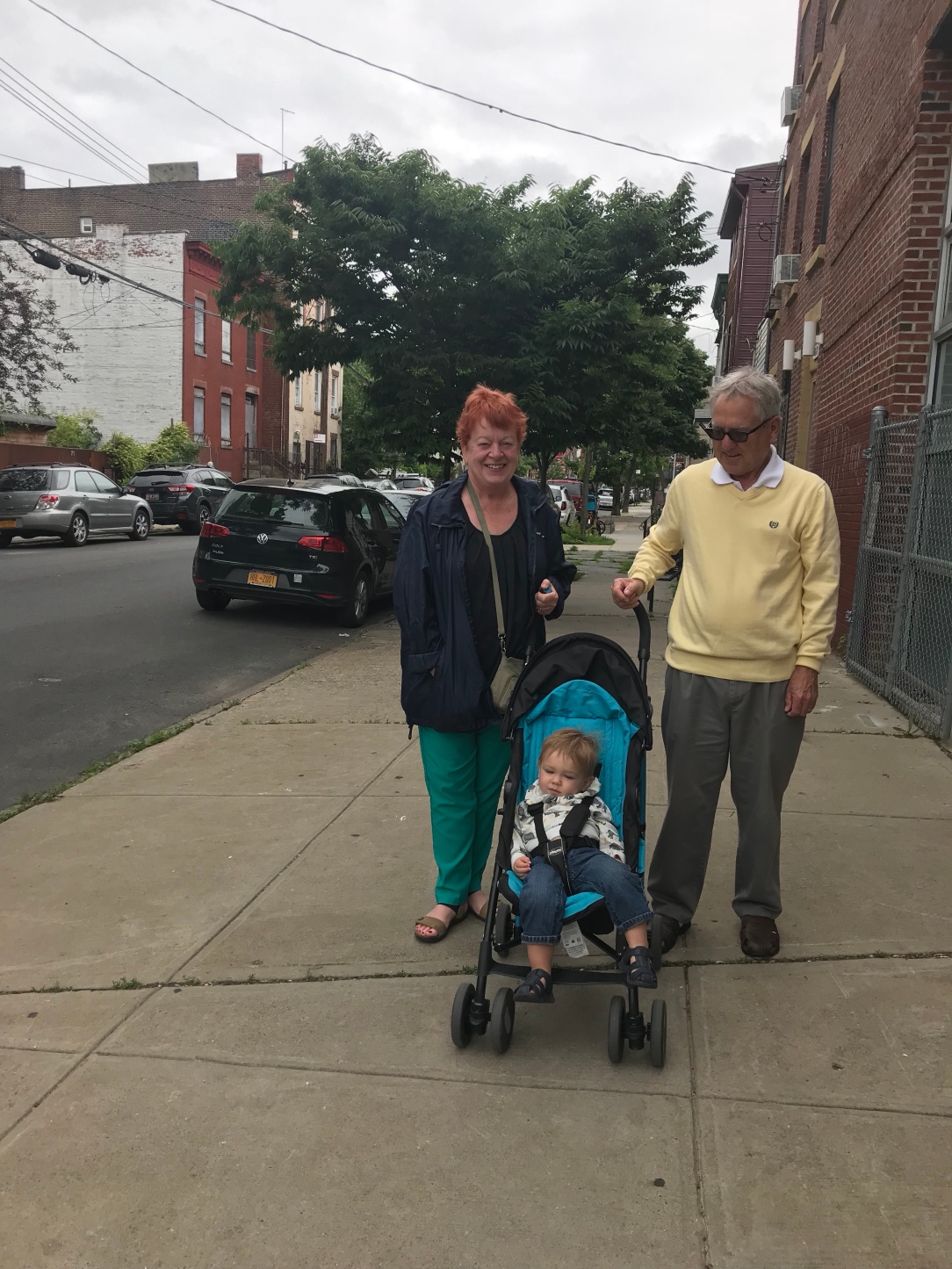 My mom offered to take our wedding clothes home with her so we didn’t have to lug them around Ireland which was a huge help. We really enjoyed the experience of being in New York all together – even if it didn’t go quite as planned! And we had the best time celebrating Alison and Michael as they said “I do” in one of my favorite ceremonies of all time. 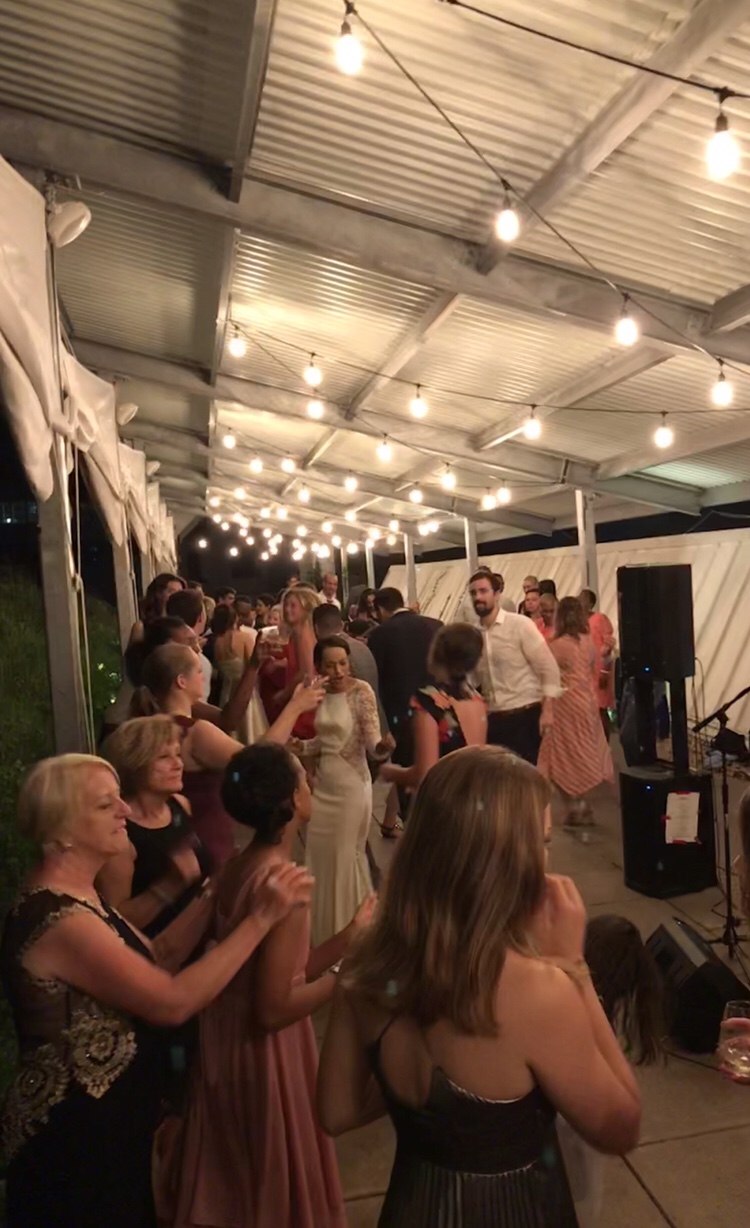 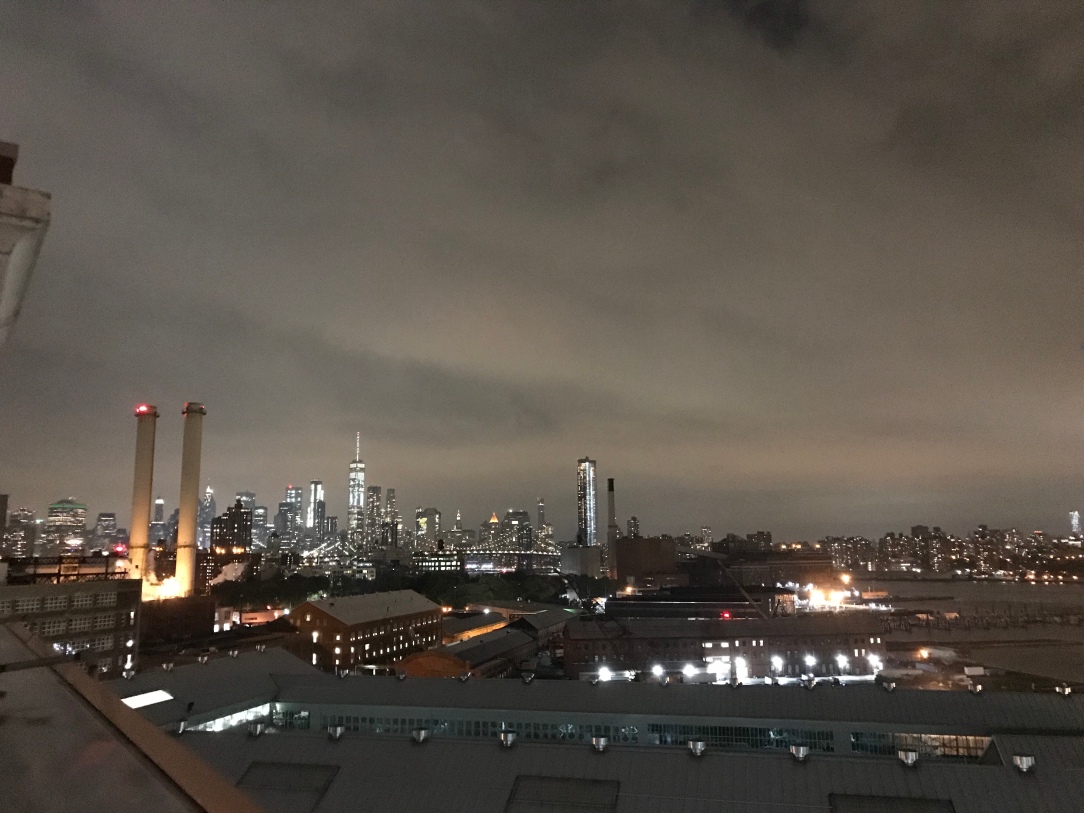 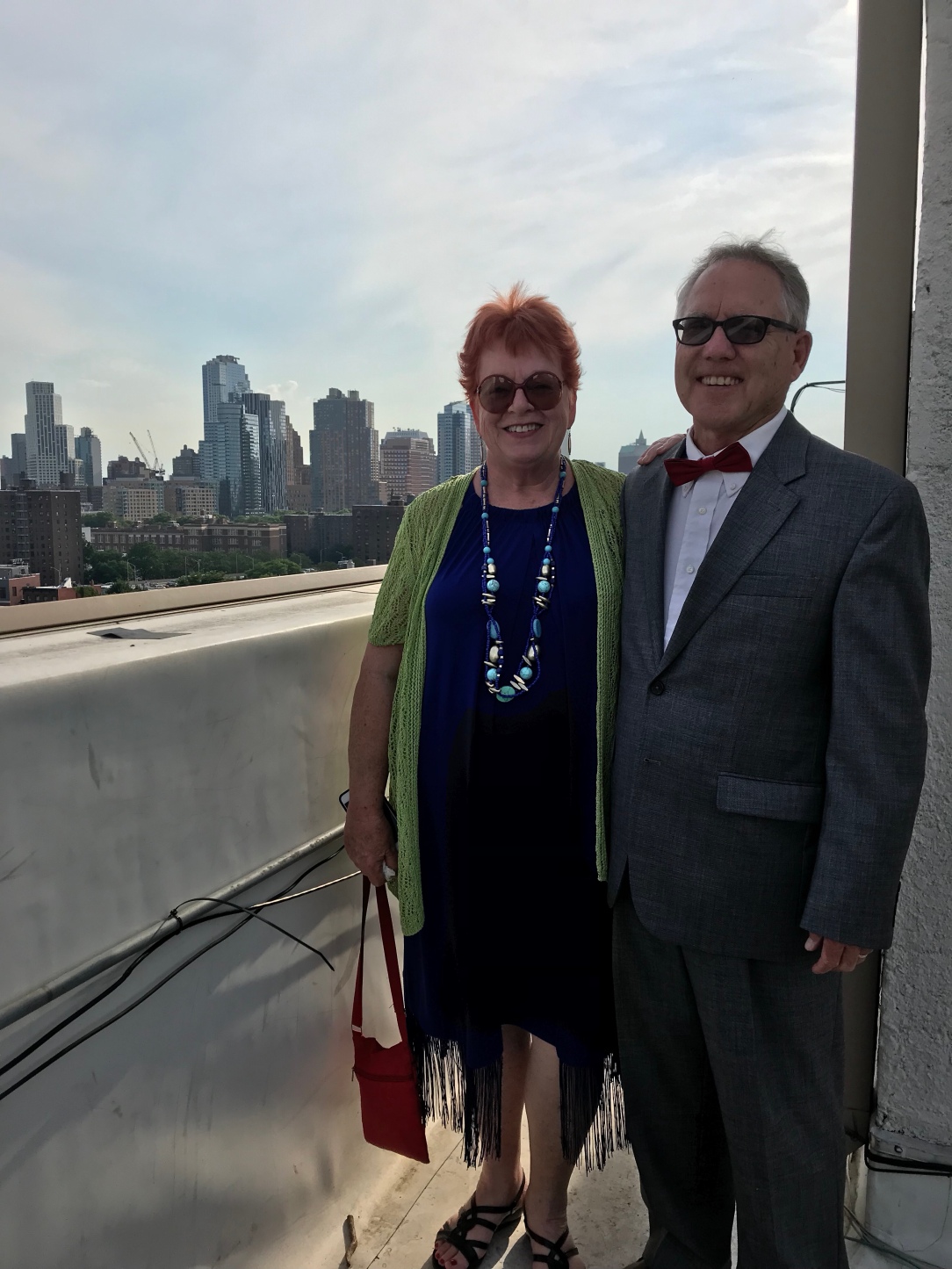 You could search my blog and find it a million times but I’m going to say it again: We are so lucky to have such a go-with-the-flow kid. Even sick, teething and miserable, he just laid back in his stroller and went along with whatever we were planning. Sure, we didn’t get to go see the WTC memorial (but I’ve seen it before so I’m okay with that) or any other touristy NYC things but we had a great trip with all of his grandparents, we made some fun memories, he got some new ‘hucks’ and we learned that he loves riding in airplanes. Calling this one a win in my book.