I got back in town Friday around lunch time and Liam had gone down for an early nap. Since Landon had to work, we made plans with friends to meet up at the pool after nap time. As I was pulling into the pool, Landon texted me to say they’d just closed it due to approaching storms and thunder. So we headed back home and played with “bull bulls” (bulldozers) in the driveway.

We ordered in sushi and Thai for dinner since it was raining and after Liam went to bed we watched the Hannah Gadsby comedy special on Netflix. Basically the perfect Friday night!

On Saturday, it was raining when we woke up so we had a lazy morning. Landon went to the gym and I had a hair appointment at 10. I expected we’d go out to lunch when I got home but Liam took another early nap so we made lunch at home and watched the World Cup game that was on (Croatia\Russia). Once Liam woke up, we went for a walk and stopped at the park. He was so excited to go swinging and play in the sand! 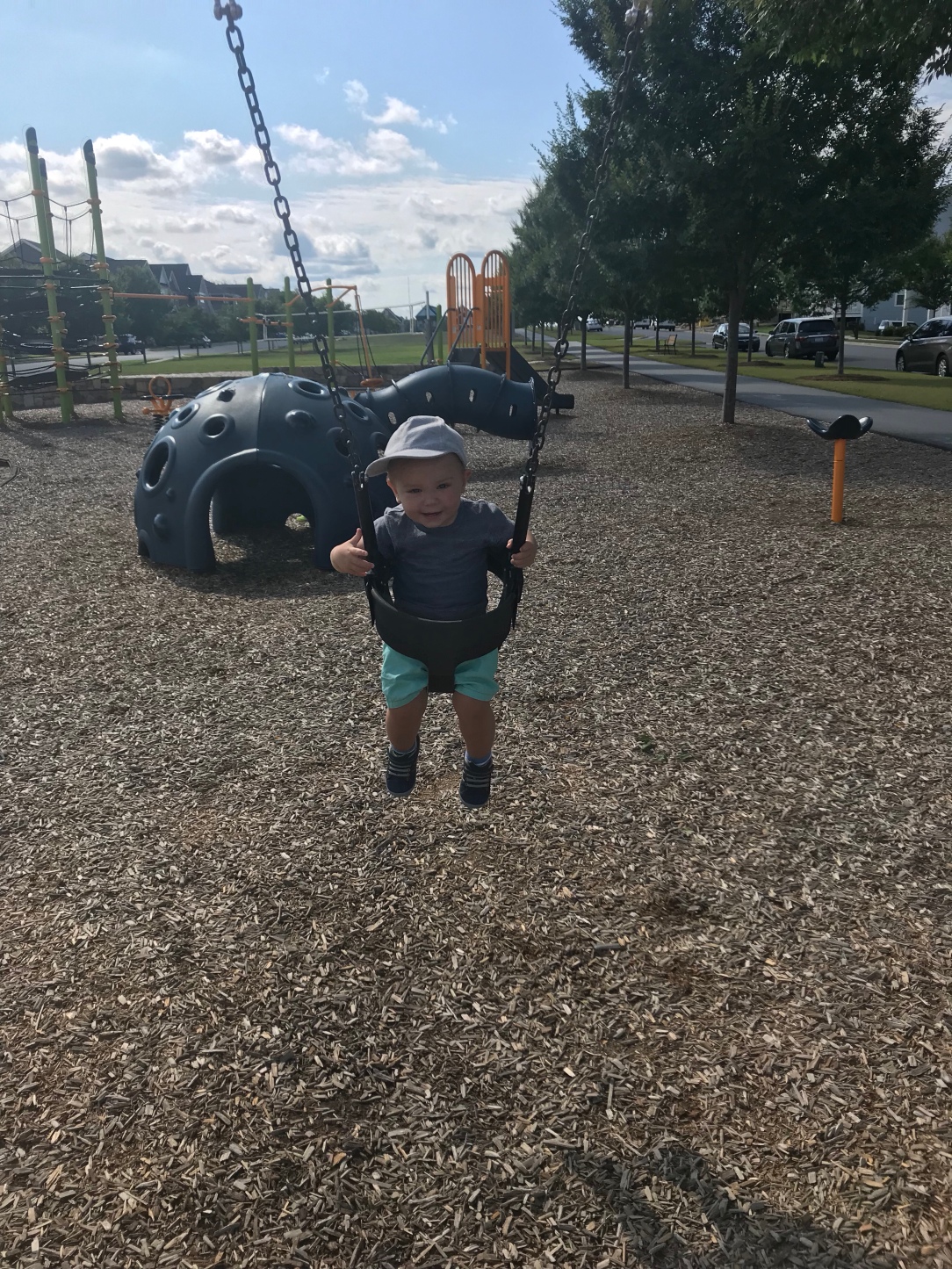 I made pepper steak and rice for dinner, during which Liam started rubbing his eyes and saying “bed.” We started bedtime routine early but he had a really hard time going to sleep. Though, once he was done, he slept through the night and didn’t wake up til 7:30 on Sunday! 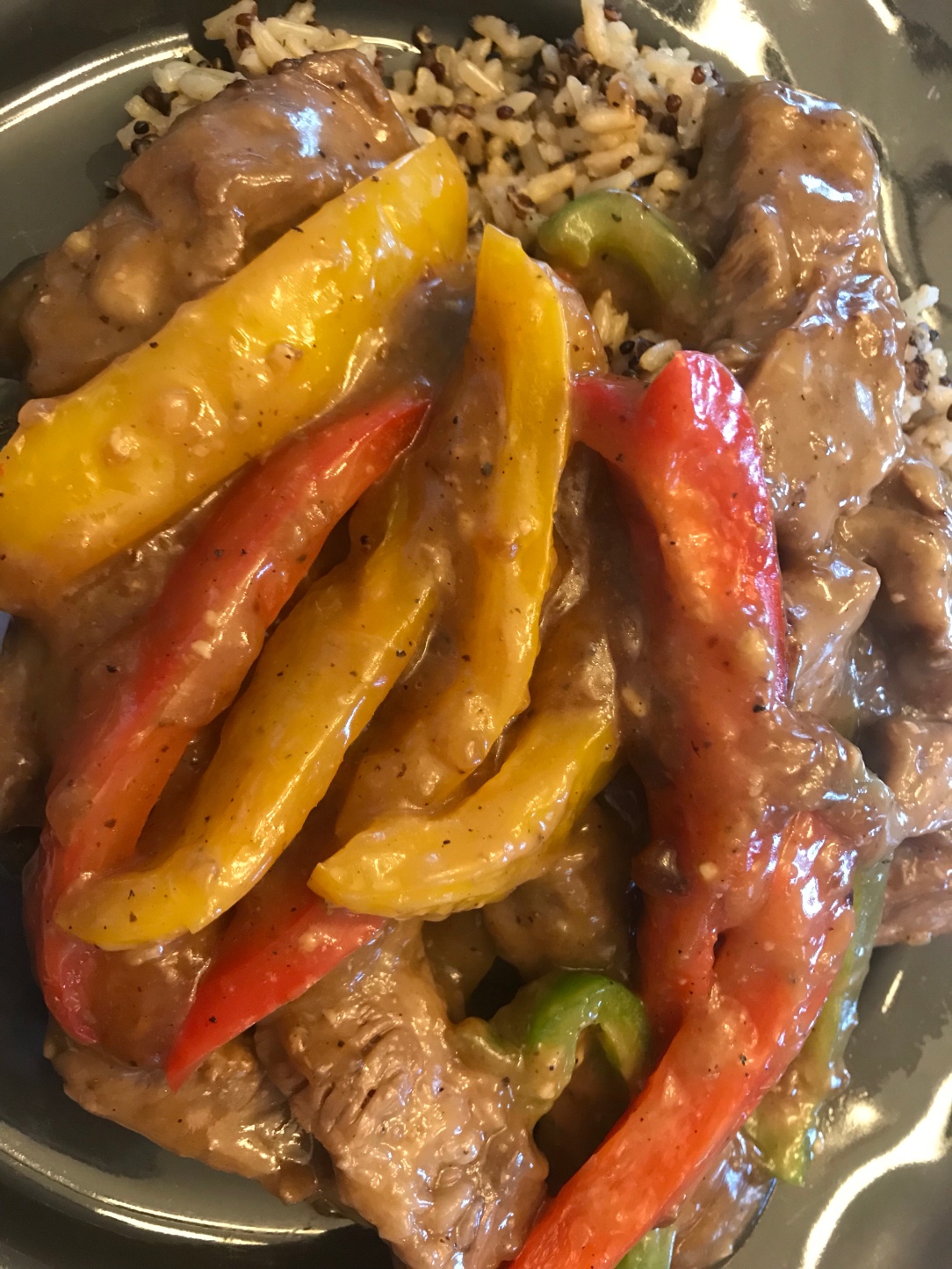 Usually on Sundays I go to run club at 8 but since we slept til 7:30, I had to do my run on my own. I didn’t mind though. I had an incredible run in the neighborhood. It was only like 65 degrees and my legs felt so refreshed, I got in 3.57 miles and finished up around the same time as the boys who went on a walk!

Landon desperately needed to mow the yard so he took care of that after I showered and Liam had a snack. We decided to go out to lunch when L finished mowing and figured we’d go to a semi-new spot which also has a very-new beer barn beside of it. Liam LOVES eating outside and had so much fun playing corn hole with us. And we loved having a cold beer on a hot day. Win-win! 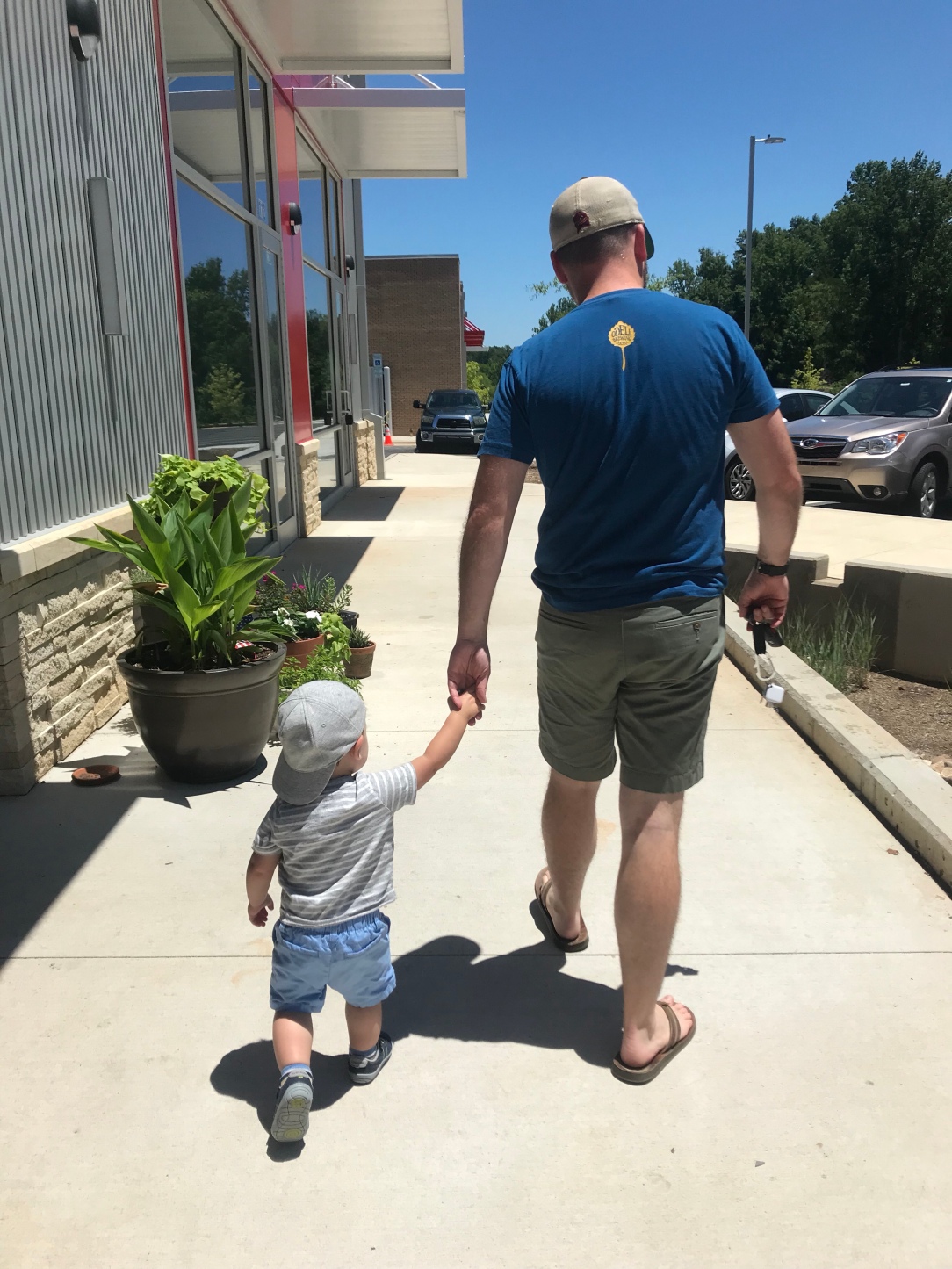 Afterwards it was definitely nap time so we let the little nap while we both accomplished some stuff. Then we took a family trip to the pool. Liam LOVES the splash pad but still doesn’t love the actual pool. He would have ignored all the water and just pushed our friend’s wagon around if we’d let him 🙄😂

I put him to bed after dinner and his bath since I wouldn’t get to for the next 3 nights while I’m in Boston. He is so cuddly and sweet right now. He loves to give me kisses but his dad was the first one to be told “love you.”

And bright and early this morning, I hopped a flight to Boston for a week of meetings. I thought when I booked the trip that I was ready to be away for 4 days but my heart felt much different this morning. Counting down the hours until I’m reunited with my little family.

Very ready for this to be my view again. Has anyone figured out teleportation yet? Countdown is very much on...
So happy to finally get a snow day! ❄️ and already a delay tomorrow so we can play outside when we wake up! I suggested we have hot chocolate when we came in but he said he thought we should have s’mores instead 😂
Waiting on the snow to start and already eating all the soup. I cannot control my hunger when there is Zuppa Toscana around!
We have spent a LOT of time inside this winter 🤒 but we love coloring anyway (all 3 of us!). I try to rotate through coloring, play-doh and THEN painting if we’re being crafty. Save the messiest for last — most of the time we don’t get to it but it’s fun when we do. Also, looks like we still have a little leftie (like his daddy!) on our hands! Everything looks so much more natural in his left hand!! 🖍
A year ago on February 15, we took Tuck to our vet for a cough... which turned out to be congestive heart failure. Landon picked me up and I sobbed all the way to NC State. They gave him 6-12 months if he made it through the night. He did. We made it to the 12 month mark, and are a month away from his 13th birthday. The doctors have even dialed back some of his meds calling him a miracle dog and we couldn’t be happier. While we still had a traumatic year losing Bud, I don’t think we could have (I definitely couldn’t have) handled losing both of our boys. We’re so grateful for the care he’s gotten and in true tucker fashion — it is the most expensive care possible. 😂 #tuckerthegiantlab
This angel babe has the flu AGAIN. I didn’t even know you could get it twice in two and a half weeks but apparently we like to do things like that so here we are... on another long weekend, trapped inside (pic is a throwback — our germs are contained). I think we’re on the mend and hopefully can keep all other germs away for the rest of this year. I think we’ve had our fill. 🤪😷🤒