We let our 3-year old do a volcano experiment and now he wants to go to Hawaii.

As an Amazon Affiliate,  I do receive a small commission from sales made from links I share in my posts. I appreciate your support on my blog!

Early on in our quarantine adventure, we did a world map puzzle which had pictures of things like the bullet train in Japan, lions in Africa and volcanoes in Hawaii. L has been OBSESSED with the idea of volcanoes since then so we ordered this kit to make our own.

He had A LOT of questions: “will it shake?” “will it go boom?” “can we touch the ‘laba’?” And there was a lot of excitement.

It was a multi-day process (though it could have been quicker if we’d put it in the oven). He even invited his grandparents to come watch the explosion — but we ended up just FaceTiming them to save them a trip. 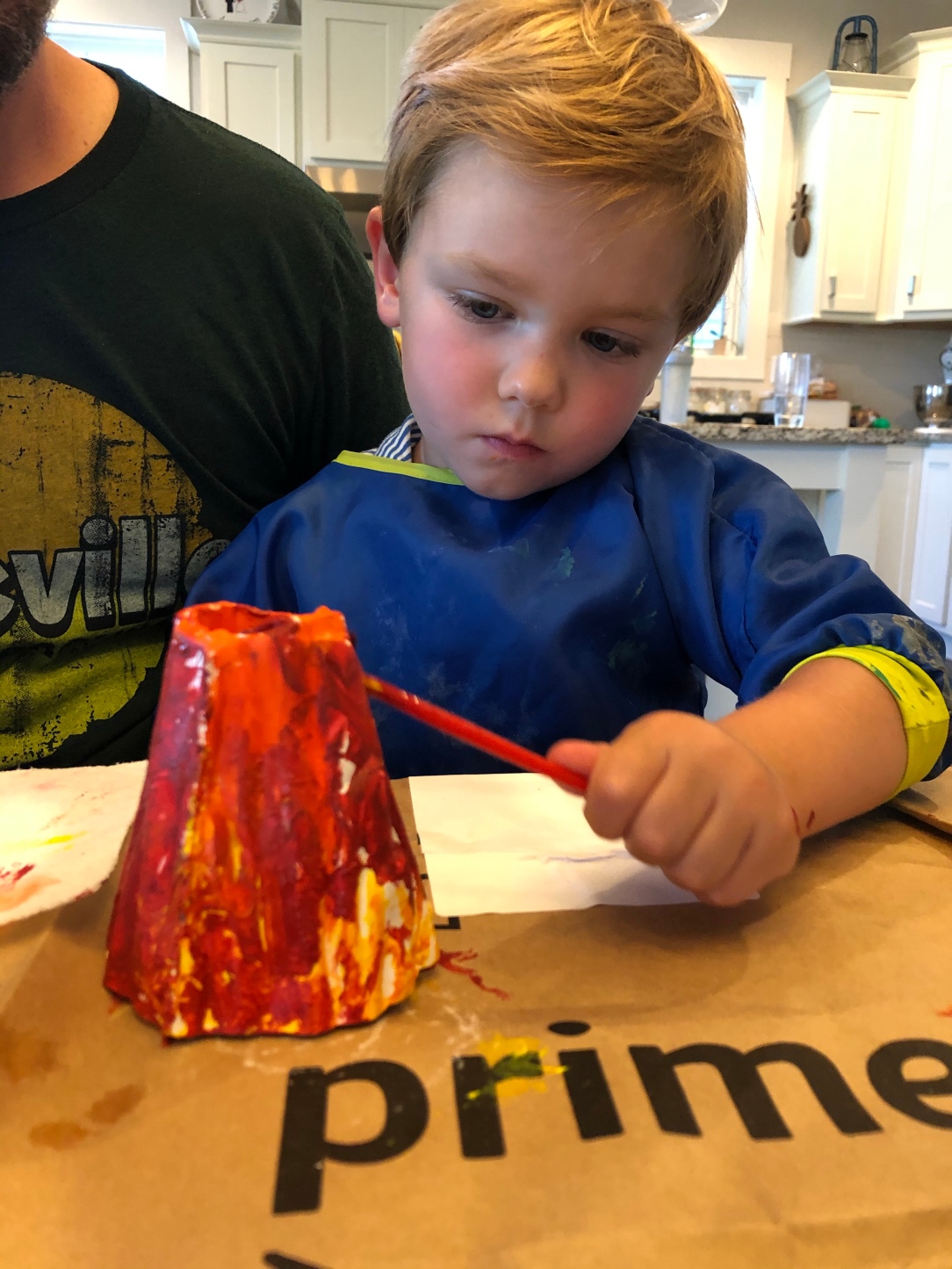 We watched some documentaries of volcanoes while they did the plaster part. And another day we watched some YouTube videos of this kid Ryan who was doing volcano experiments.

I don’t think I ever did a science experiment in school that I got this excited over but his face lit up as they mixed the explosion powder and poured in the water. Definitely made day 86 of isolation a good one. It was fun for the whole family for sure.

Now he wants to get one of the kits that the kid Ryan had which seemed to be plastic and reusable so we could see the inside of the volcano and do MOOOOORE experiments.

This at least made me feel like we were teaching him something and not completely blowing the homeschooling parenting thing. Anyone else doing science-y things with toddlers?